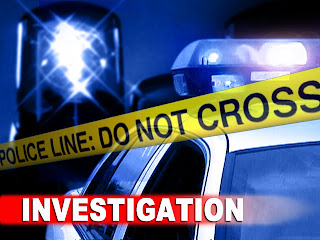 A self-proclaimed "art advocate" and key source for New Yorker Magazine is the target of a criminal probe involving illegal wiretapping and extortion, according to two Florida police reports. One report claims Theresa Franks, owner of Global Fine Art Registry—a web-based art dealership, phoned author and artist Frank Messina on March 15 to complain about an article Messina published on his blog and in which Ms. Franks is the subject. According to the report, Ms. Franks surreptitiously recorded the phone conversation and later published it on the internet, violating Florida's wiretapping laws. While Ms. Franks is from Arizona where state law allows single-party consent to recording phone conversations, it is a felony in the state of Florida where Messina was at the time of call.

The report was filed on the heels of a related extortion and blackmail investigation involving Ms. Franks and New Yorker Magazine. According to the second police report, Messina was contacted by a man identifying himself as "Benjamin Painters" on March 19, with promises of "protection" in exchange for Messina's "material evidence" that would help New Yorker Magazine defend itself in a $20-Million defamation lawsuit currently pending in federal court and which Ms. Franks is a defendant. According to the report, the caller threatened "bad press coverage" if the artist would not comply.

He did not comply—and three days later Theresa Franks published an expletive-laden blog entry about Messina on her site which included a copyrighted image of the artist altered to include libelous and hate-filled content according to the report. Around the same time, Messina received a letter from David A. Schulz, attorney for New Yorker Magazine, demanding him to procure documents related to the federal case. In the letter, Schulz claimed Messina is "believed to possess evidence that is material to the issues in the Lawsuit." The lawsuit was filed over a year ago but according to legal documents Messina wasn't contacted until after the mysterious and threatening phone call from "Painters", who investigators have since identified. In a separate letter to the federal judge presiding over the lawsuit, Schulz denied any connection to "Painters" and appeared to distance himself and his client from Theresa Franks.


"I have no doubt
a crime was committed."
Florida Police Detective assigned to ongoing Theresa Franks Criminal Investigation

Google's legal department has since removed the infringing and hate-filled content from their servers and the Fine Art Registry blog site. Law enforcement sources say they've been keeping a close watch on Theresa Franks for some time. "I have no doubt a crime was committed," said a police detective assigned to the Franks criminal investigation.

It is not clear how Messina is involved with the federal case but one source says he has "crucially damaging" research material that may derail the New Yorker's defense. According to federal documents, Messina is not listed as a witness.

Messina has been the target of criminal perpetrators in the past. In 2001, a death threat was made against him in London, launching a Scotland Yard investigation. And in 2005, a man attempted to break into Messina's New Jersey apartment. The assailant, who suffered serious injuries during the attempted break-in, was arrested by cops and charged with assault and attempted burglary and later convicted. And in 2010, Messina was listed as a victim in a federal criminal case.

For the Arizona art dealer, it's not the first time she's felt the heat. Franks is the defendant in at least a dozen defamation lawsuits all across the country. In 2010, a federal Michigan judge fined her for misconduct. She's also been accused of "fraudulent activity" according to a federal lawsuit in New York's Southern District Court. Her former partner John C. Golfis— a convicted felon, was recently booked on sex crimes by the Dallas County Sheriff's Department, and Franks herself lost a Maricopa County civil court case involving forcible detainer.

Florida has among the stiffest penalties in the nation for wiretap violations with up to 15 years imprisonment and mandatory fines. No charges have yet been filed as the criminal investigation into Theresa Franks continues.

Update: Since publication of this article, a major U.S. daily newspaper has posed interest in this story.